Proposal to parcel out goals stingily

Get it? Stingily, but also sting-ily. Cuz you get another goal when you get stung.

This feels like a nice step towards more pledge focus.

How many goals can I create?

Initially 3! You can jump straight to unlimited goals with a premium plan or you can get an additional goal each time you derail a non-zero-pledged existing goal. Wait, what? Are we trying to bribe you to fail at your goals? Not at all, I mean, well, it’s like this. We’re kind of bribing you to derail but derailing is not failing. It’s like how if you never make mistakes then you’re not learning. Pushing yourself is the point and that will mean occasional derailments and that’s fine. Creating a ton of goals off the bat is a common recipe for actual failure, the kind where you get overwhelmed and quit altogether. (Another form of actual failure is setting your goals so unambitiously that you never derail but also never do more than you would’ve without Beeminder, which is part of our derailing-is-not-failing argument. See blog.beeminder.com/defail for details.)

Anyway, so that’s partly why we parcel out additional goals so stingily. If you still want another one after derailing then you’re probably ready for it. Also it’s how we make money. Again, you can pay for unlimited goals directly with a premium plan.

Finally, whatever your goal limit, it only applies to active goals. So the other way to create another goal is to archive one of your existing ones.

Finally-finally, we’re also happy to bump up your goal limit in exchange for feedback. Get in touch!

What do you think?

PS: I made a new Twitter thread about the “derailing is not failing”: 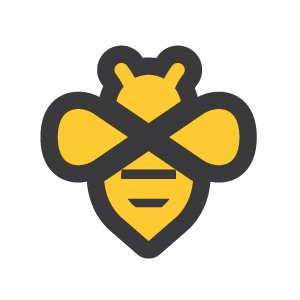 @bmndr
We still hear people complaining that Beeminder has perverse incentives and that we make money from people failing at their goals. Let us set the record straight! Commence thread.
2 Likes
adamwolf September 20, 2022, 9:13pm #2

What if someone calls non legit, “I only detailed because I wanted another goal”?

I think it’s potentially difficult to navigate mixing derails and premium like that, unless it’s done more generally: I feel like the most “exquisitely fair” thing to do, if you gave more goals on a derail, would be to automatically turn on Premium for an account that’s payed the cost of premium in derailments for a month already… but I’m not sure how to generalize that. I know I’ll always want infinite goals, so I’m always paying $8/mo (well, actually, a lot less, since I pay once every two years, but for the sake of argument…)… does that mean my first $8/mo of derails are “pre-paid”? Does that dilute the sting too much?

I’m not sure if that is the most exquisitely fair thing to do, but I think it feels _un_fair to tell a hypothetically highly derailing user “no, sorry, you can’t make an eighth goal—you’ve only paid us triple the cost of premium, which gives you infinite goals”…

But I’d like to think there’s some elegant way to put sting-charges and premium payments in the same bucket!

Maybe a middle ground of “three goals, hard limit, until the first time you derail, at which point you have unlimited goals”, and you now have $derail_amount of premium credit if you want other premium features. This obviously reduces total revenue by $average_first_derail_amount_from_people_who_would_get_premium_anyways but it might have enough positive knock-on effect to be worth it? I’m not sure.

(or make “has derailed ever” the only way to get unlimited goals and take it out of premium plans, which is maybe the most “pledge-focused” approach? otoh, I only have infinibee for the unlimited goals, and I imagine that’s common, so that might not be a good revenue-idea right now)

What if someone calls non legit, “I only detailed because I wanted another goal”?

Ha! That would take some cheek!

But simple patch: only legit derailments yield free goals. Standard reply (not that I expect it to come up!): “Ok, do you want the derailment and the free goal or do you want neither?”

Ah, yeah, we’ve talked about that before and there was a lot of pushback – sting dilution is dangerous, as you say. This proposal also suffers from sting dilution but maybe there’s a line we’re not crossing by just unlocking additional goals? I’m not sure.

I’d like to think there’s some elegant way to put sting-charges and premium payments in the same bucket!

Figuring out how to do this has led to so much hand-wringing in the past that it’s a big part of what pushed us toward pledge focus where we just want to steadily put more emphasis and pledges and maybe gradually phase out premium, perhaps with some principled exceptions.

Maybe a middle ground of “three goals, hard limit, until the first time you derail, at which point you have unlimited goals”

Not crazy! I guess this proposal of getting another goal each time you derail is a baby step in that direction.

or make “has derailed ever” the only way to get unlimited goals and take it out of premium plans, which is maybe the most “pledge-focused” approach?

I don’t have a horse in this race, so feel free to ignore, especially since I’m “predicting” the future.

This feels like the kind of thing that is definitely clever and matches Beeminder’s philosophy but that you’d later come to think was not a good idea in practice and would want to back out of. For example, you’d find some users confused by it, and some users who’d abuse it (as already suggested), and it’s extra complexity (in code, quals, documentation, user support Q&A, and the legit check process).

I think the user confusion is the main part that’s giving me concern. The newest users would be seeing docs about this feature when they went looking for information about limits on goal numbers, and for some (many?) of those users everything will be at least a little bit confusing. When they’re reading about how this extra goal thing works, they have to also be understanding concepts like premium plans, pledges, “non-zero-pledged goals”, derailing, “derailing is not failing”, goal life cycles… All those concepts are important, but a new user would have to hold them all in their head simultaneously when all they want to do is understand how many goals they can have. I feel like this would be an “OMG WHAT NO, I give up” moment for some.

How would you compare this proposal to allowing one new goal per (say) week?

I think this version appeals to me because derailing several goals at once seems like a worse failure mode for new users than never derailing?

I do like some things about this proposal, and I definitely agree that something or another along these lines is needed. But I do have a bit of a concern about this particular setup. Specifically, I think that giving extrinsic to the goal in question when derailing can lead to awkward (even perverse) incentives in some situations.

For example: imagine I’m about to derail today on one of my goals—for concreteness, let’s invent a goal: let’s say a goal with a $10 pledge to do the dishes. I’m sitting on the couch, not really feeling like I want to get up and do the dishes, but Beeminder makes the choice concrete: $10 or wash dishes, my choice which, no hard feelings either way (paying is not punishment, after all.) That’s really good: a stark binary decision where I decide what I currently value more.

But imagine that I also get a new Beeminder goal if I derail. Maybe I’ve been musing about starting to learn the guitar, but I’m all full up on Beeminder goals right now, so I haven’t actually made the commitment and started on it. Now, sitting on the couch and wondering if I have the energy to stand up and go wash dishes, things are a bit more complex: I can either: a) pay $10, not wash the dishes, and make a guitar goal tomorrow; or b) wash the dishes and either kick the can down the road a bit on studying the guitar, or try studying the guitar without a Beeminder goal to keep myself on track.

This isn’t quite the cut and dry decision the original was. It’s entirely possible that I’d prefer get up and wash the dishes and not pay $10, but the guitar situation pushes me over the edge and I decide to leave the dishes in the sink.

I’ve just described a situation with an actual perverse incentive, where Beeminder would push me to not do the thing I wanted to do—to choose the worse of two options. As things stand with Beeminder now, when confronted with such a situation I can shrug my shoulders and say that whether or not I do the dishes reflects my revealed preference about whether I value not doing the dishes at over $10 or not. With this proposal, who knows? You could modify the preceding statement to be “… at over ($10 + the value of an additional goal) or not”, but that is a lot messier. Dollar values are clean and clear: I know exactly what $10 is. A major part of the value of Beeminder is the ability to put numbers on things, to figure out how much I actually value doing the dishes or whatever, as a scalar number. As soon as that becomes a vector instead of a scalar ((-\$10, +1 goal) instead of -\$10) it loses all that.

I’ve just described a situation with an actual perverse incentive, where Beeminder would push me to not do the thing I wanted to do, to choose the worse of two options.

This is a very good point.