why i don't beemind my flossing

I thought it would be fun to troll Paul Fenwick about how his use of
Beeminder to enforce flossing his teeth is patently ridiculous and how
that can’t possibly be useful.

But that’s more of a footnote to a debate I was having with my sister
about whether she really needs Beeminder at all. She was falling back
into what to me seems a self-delusional way of thinking. Roughly:
can’t I just get in the right frame of mind and just decide to finally
suck it up and do this thing? She noticed that when she’s in the right
frame of mind, staying on a yellow brick road is trivial and Beeminder
seems superfluous. When she’s not, she wastes a lot of money
derailing.

My general response is that you should do everything you can to your
state of mind, no doubt, but first you should just hard-commit, as
insurance. Then if you can set up environmental triggers and success
spirals and habits and everything else to make staying on your road
easy, that’s wonderful. And no harm in having hard-committed either –
you get a nice visualization of your progress at the very least. [1]

The real danger is in waiting for that right state of mind and then
waking up and noticing that you’re 50 years old and 350 pounds.

It sucks to need Beeminder, but what sucks even more is needing it but
not using it. And I think anyone who finds oneself 20 pounds over
their ideal weight needs it. [2] Whether they can stomach the idea of
a commitment device, or get their head around the idea, or cast off
the delusions that this time they can just get serious and do it…

(30% might be more like an upper-bound – the fraction of people who
will use a commitment device when it’s handed to them on a silver
platter. Eventually Beeminder will be that silver platter.)

In my laughably biased opinion, those in that 30% who make themselves
awesome with Beeminder (or, fine, StickK or GymPact or others) are
even more impressive than the people who are just naturally awesome.

[1] This is the footnote about flossing. I think it’s key that
Beeminder gives you a nice visualization of your progress. It’s why
it’s worth setting up a goal that you delusionally think you won’t
really need. With flossing there’s no progress to visualize, you just
want to do it every damn day. You might as well use StickK for that.

Also, by progress I don’t mean that there’s an end criterion. Almost
all my goals are open-ended. Just that the graph should be in some way
interesting, like showing the total cumulative number of pushups I’ve
done. I guess seeing the total number of times you’ve flossed and when
you were more or less consistent is interesting, so my anti-flossing
rant is highly exaggerating. Mostly I’m just personally not akratic
about flossing (which is not to say I do it as often as dentists
recommend).

[2] With some exceptions. It’s certainly possible to love food more
than life itself.

I totally use beeminder to track me flossing, and brushing, and have for over a year. When I don’t, I floss far less frequently.

The money at stake doesnt seem to impact my behavior, but the staying on the graph does.

Danny, this is awesome. So well conveyed, and so encouraging. You’ve just
made me go from feeling like a sort-of loser who needs to monitor myself
because I can’t find my former motivation to do it on my own, to this
self-aware person who, though admittedly would prefer not to have to use
tools such as graphs and daily weigh-ins, will take the initiative and do
it anyway. Well, here I’m simply summarizing what you so finely,
eloquently, and unselfishly just gave to us in your own words, your own
thoughts.

Thank you! (I was totally relating to Melanie’s self-debate, btw!)

It comes down to knowing what you really want. You can get results with a
contract but in order to really benefit I agree that you should focus on
those things that matter most and what creates the most benefit to you in
the long run. In short what I am trying to say is that your beeminder goals
should match up with your most important goals in life for most effect.

I don’t waste “a lot” of money derailing. I decide to force myself to do
something with Beeminder even though I’m not mentally ready to tackle it
and then derail once or twice and get frustrated that I wasn’t really ready
and wait until I am. So I’ve wasted some money. A lot is an
overstatement, though I realize is also subjective.

I feel like I do get in the right frame of mind fairly often and fairly
easily. How much quicker would hard-committing get me to the right frame
of mind? And how much more would it cost? I’m not sure that’s worth it.
Takes me a bit longer to get-r-done, but I do … and it’s free. Maybe
that plan is working for me because I’m not at the level where I
accidentally wake up 350 lbs one day. My head isn’t far enough in the sand
to warrant the cost, for me.

Second, that’s probably pretty key, that you don’t want to have to do
it every damn day. That makes it hard to set up an environmental
trigger and be immune to slippery sloping (tomorrow for serious I’ll
do it) so, yeah, yay Beeminder!

And thanks, everyone, for the encouraging words about my encouraging
words! I do think it’s worth a blog post… Maybe I can merge it with
my “Embarrassed to Be Minded” draft:
https://trello.com/card/embarrassed-to-be-minded/5077740103f3b19b441c88f6/40

Dentists say you must remove the plaque via flossing at least every 24
hours to prevent gingivitis. Just sayin…

But they probably say that because they know that if they said you need to
floss three times a week, no one would floss at all (because they wouldn’t
be able to effectively set up an environmental trigger, etc.)! Even if
flossing once a day really is optimal, I simply can’t believe that flossing
thrice a week is no better than not flossing at all.

Hey, check out what I found in Kickstarter. I’m not sure if this is offtopic, but it seems the best place to post it. Flosstime: http://www.flosstime.com/ 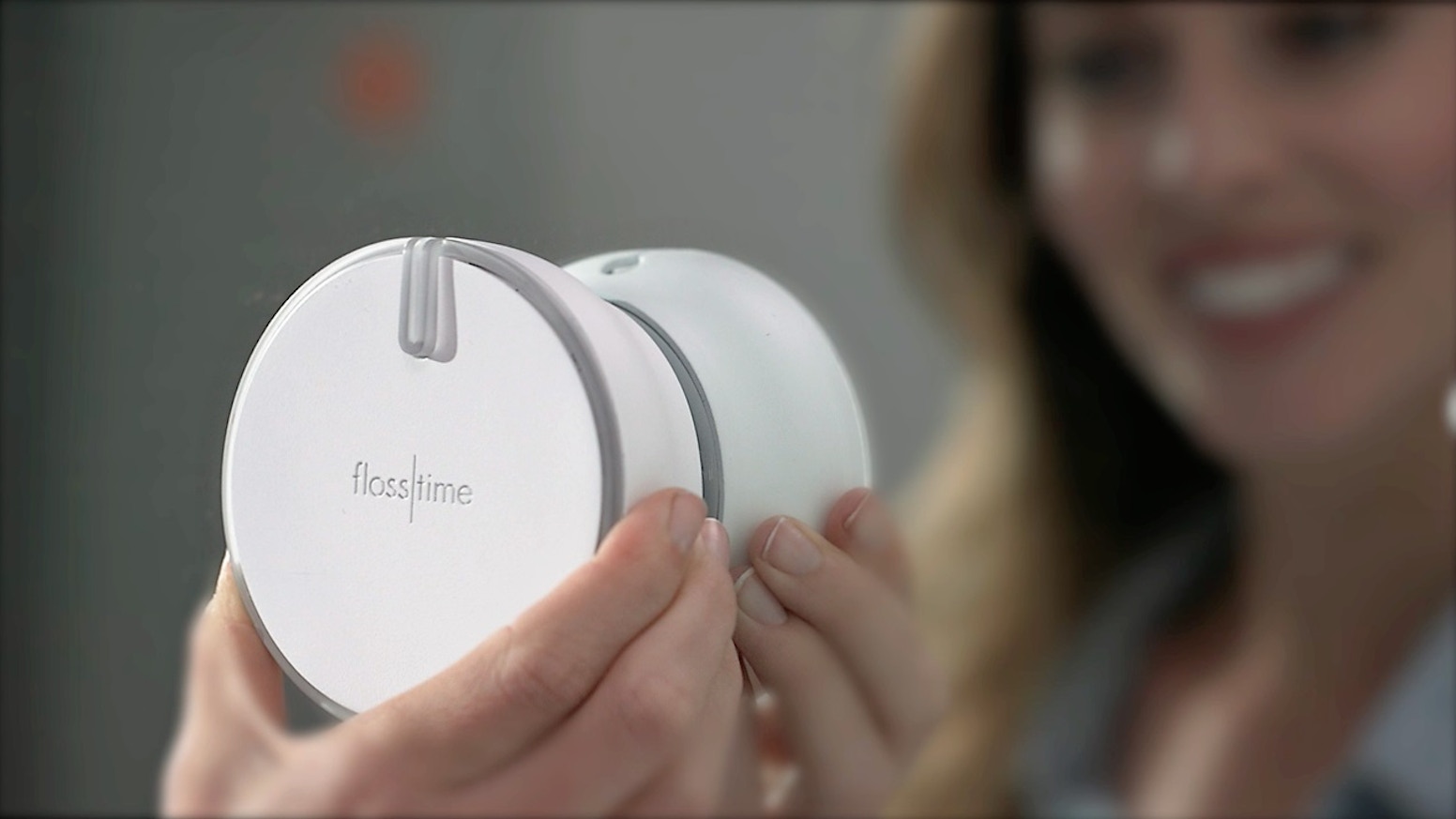 Flosstime is the world's first smart floss dispenser that will help you build daily flossing habits.

Beeminding staying young forever, now that would be a trick!