Beescheduler - Schedule goals by the day of the week

I’ve built a tool to schedule Beeminder goals with different rates for different days of the week. Check it out here.

Beescheduler lets you schedule different rates for your Beeminder goals based on the days of the week. I wrote it so I could focus on one project Monday - Wednesday and different ones on Thursday and Friday. This is much better than doing a tiny amount on all of them every day.

It’s sort of like a much fancier version of the built-in “weekends off” feature.

For another example, you could write 500 words on Monday, Tuesday and Wednesday and take the rest of the week off. Or go for short runs every other weekday and longer ones on the weekends. Or whatever else you can think of.

Let me know if you end up using it and how it goes.

EDIT: This is a wonderful thing and thanks for sharing it!

What would be a great, albeit maybe complicated addition to this, is if I could say “I want to work only Friday on this, but don’t ask me about the amount”. I could see this implemented by simply providing a way of marking the “off-days” instead of saying explicitly what amounts I want for each day. This would be great for any goals that are monthly or bi-weekly, or whatever.

An example: I have a very cute little hamster and have to clean regularly, but not really every week (more like every 11 days or something like that). So the goal is a monthly goal (three cleanings a month). If I could somehow easily say “make me do this only on weekends and only in step with my overall commitment” this would be wonderful.

Hi @enolan – thanks for sharing this tool with the community! It’s a great idea.

I’ve just taken it out for a spin, and I have a datapoint for you, for whatever it’s worth.

I started a new goal I’d like to do twice a week, on Mondays and Thursdays. First, I set it up in Beeminder as a 2x-a-week do-more goal. Then I made a few tweaks:

(This is my standard procedure for new goals.) That gave me this, as expected: 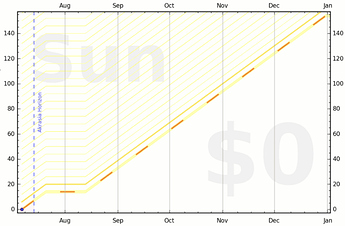 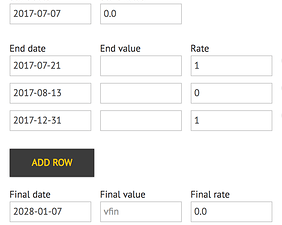 .
.
(Note: this is actually the road editor for a different goal I started today; I didn’t think to grab a screenshot before enabling Beescheduler. Just imagine a “2” where the "1"s are in the rates.) Then I told Beescheduler to schedule the 2 events to happen on Mondays and Thursdays:
.
. 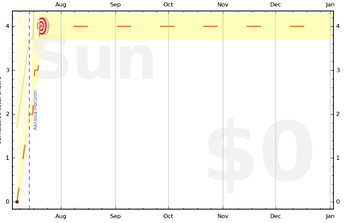 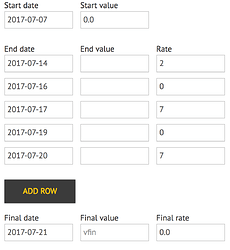 To test that, I:
– deactivated Beescheduler on the goal;
– reverted the goal’s road (using the UNDO ROAD EDIT button) to get back to my initial state;
– switched to a daily rate value.

That gave me my original graph and this road editor:
.
. 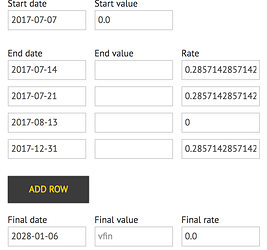 .
.
Then I re-enabled Beescheduler, with the same erroneous behavior:
.
. 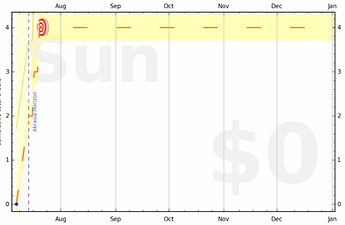 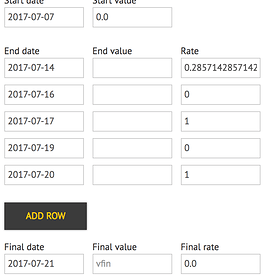 Beescheduler stopped working on my katriel/reading goal (the only goal I use it for). Anyone else experiencing similar difficulties?

I tried unchecking, saving, and re-checking - no change.

Same here; I had it on for a test goal. It sets the road two weeks in advance, so it probably stopped working about 18 days ago?

Is the source code available somewhere?

A little sleuthing reveals: Beescheduler had 1 active user in 2017; it is open-source; but not or no longer on GitHub. @enolan can be contacted however (and pinged on the forum)… There’s also the email in the OP: beescheduler@echonolan.net.

I appreciate your quest to collect tools that supercharge beeminder.

Assuming the Beescheduler codebase is lost forever, would the Bee Team consider a “weekends only” setting? I know it goes against the Anti-Settings Principle, but I can imagine it as simply a third radio button under the “Weekends” setting section.