What are your journals?

I’m starting a new journal today – a habits journal, to record my thinking about my habits (thanks I think to @narthur for that idea).

I find myself wondering, not for the first time, what journals other people keep? By journal I just mean anything organised by date in append-only fashion.

I’m sure other people have learned important things I don’t know that are captured in the answer to that question. I want to hear about the really boring ones and the interesting “I bet nobody else does this” ones, and everything else.

Here are mine (excluding work ones here):

That’s a good idea, asking around for journaling ideas! 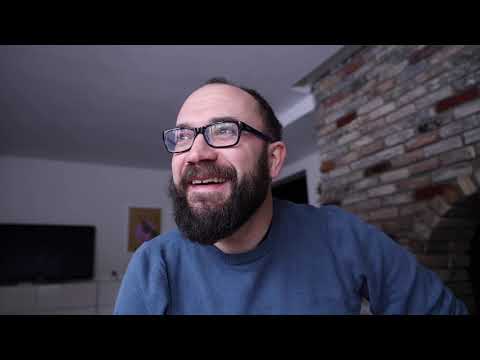 @phi Thanks, listening to that now… sounds like he has a single journal for everything which is mostly about reflection, habits, etc.

The decision of what files to choose to record things in seems to have a big impact. Alphabetical filing made a big difference to my paper filing when I read GTD. Recording a separate log of “when did that happen” made a big difference to the amount of time I spent painfully sorting through records trying to find those things out, find that stupid order number, etc. – and for knowing this stuff where previously I just wouldn’t know at all.

Part of this is habit – you have to record things reasonably consistently for records to be useful. Connected with that is granularity: if things are too fine-grained they get lost and forgotten. If I recorded a list of all the “literature” novels I read, it would be short enough that I’d forget to use it. A list of all books I read is easier to maintain consistently (though, erm, these days that’s also a bit empty… goal coming soon). Many little things I’ve tried have failed in this way: the file (or heading in an org file, or whatever) was too specific, or it was too hard to remember which file something belonged in. It’s not that they were too detailed: I’ve often found I can put the same information in a bigger bucket and succeed. Other things I’ve tried have failed because they’ve been too cluttered up and I can’t see my thinking on a particular subject clearly, or it gets lost in the noise and I forget to make progress with it at all.

All of that is part of why I’m interested to hear other people’s habits with logs: one thing I’m looking for is ideas for how to split things up, or join them together. Not the only thing of course: I bet people also journal / log about things I haven’t even thought of – like I hadn’t even thought of journalling about my habits until narthur suggested it.

Since I say ‘files’, by the way, perhaps I should say why I choose that word: I don’t literally mean files (a page in an app that is conceptually similar could be a “file” for these purposes), but techie tools always promise that tags and indexing will solve these sorts of problems, but over the years I’ve got a little skeptical, having watched my own behaviour of starting off recording tags diligently, and then rarely actually using them much to organise or find things. A lot of the problems that we’re actually trying to solve actually have to do with getting stuff arranged in functioning form in own own heads, and my brain works reasonably well with finding stuff that is arranged in 2D/3D space – perhaps part of the problem is that tags aren’t very spatial? Tags and indexes (and just brute computer search power) are certainly helpful occasionally for “where the heck did I put that??” questions of course.

That’s everything I can think of at the moment.

Good question! I started keeping daily logs in a really nice leather-bound journal with gilt-edged pages, and I use a really smooth pen that feels good to write with. It’s beautiful, and having the real physical object there to refer to helps so much. I get lost and disoriented when everything is virtual.

I keep track of all medications and supplements, all the time I meditate, all my beeminder goals and the time I put towards them, my daily routines, my planning lists for the next day… basically everything for the day.

One of my beeminder goals is called “plannext.” It’s a daily goal and it requires me to plan out the next day in my paper journal. So I write down all my beeminder goals, which ones are beemergencies, all the projects I have coming up, and how I want to spend my time for the next day. I make a tentative daily schedule for the day and list all the things I hope to do. Then I try to write down how I actually spend my time, though I got pretty off-track today.