Willpower is for losers

A good take on willpower 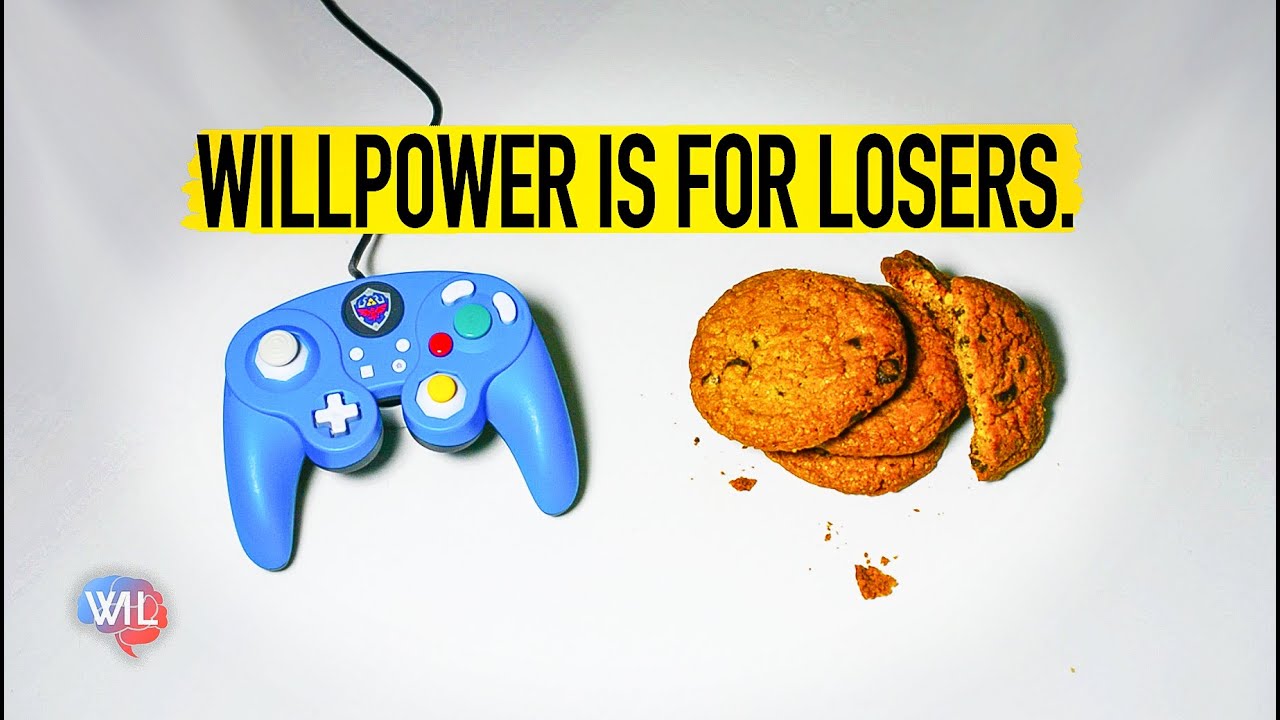 interesting video. thanks for sharing. there’s indeed something that we can think about.

I especially like the focus on planning your life so that you don’t have to use any self control. So much more pleasant; so much easier. For me, building those structures that support doing that pays off with so much more progress per slice of effort.

Groan. The creator of this video did not get the memo on Ego Depletion. We also have a nice (if I do say so myself) followup post, “What is Willpower?”.

The video does make good points about routing around willpower though.

Firstly, +1 on Ego Depletion Depletion. For myself, I was never comfortable with believing in ego depletion, partly because it felt like a self-fulfilling prophecy (“oh I worked so hard this morning so there’s no way I can resist this chocolate now, I may as well just eat it and all its little friends”).

At 3:56, the video describes the experiment where a beeper asks you randomly throughout the day if you are resisting a desire, how strong the desire was, and whether you were successful. It occurs to me that you could do that experiment on yourself by using TagTime with the tags set to yes/no, weak/slightly-weak/strong/very-strong, success/fail. Whether you’d find that useful at all is a different question.

Only slightly related to that but OMG THIS IS THE BEST BREAKTHROUGH FOR MYSELF and I’ve just thought of it now because of that part of the video so I have to share:
I can use TagTime for something I’ve been wanting to set up where I try to control how much time I spend staring at my todo list, frozen in indecision and horror, being unable to JUST START ON ANYTHING. I can use “frozen” and “not frozen” tags. If I know that a ping may come up and that I am beeminding the “frozen” tag, I may just be able to kick myself into starting more often. (Heh heh: “starting” as opposed to “staring”. That’s probably going to be munged to make the goal slug.

And finally as a totally frivolous comment that I can’t resist making:
Looks like they tried the marshmallow experiment (“If you don’t eat the marshmallow now, you’ll get two later”) with two kids in the same room. A properly clever child should take the other child’s marshmallow, eat both thereby getting two straight away, and of course the other child must be given two later because they didn’t eat their one. MARSHMALLOW PAIR SUCCESS!

Groan. The creator of this video did not get the memo on Ego Depletion .

He mentions a meta-analysis against ego depletion and another 2018 meta-analysis that gave more insights on which previous experiments had issues and which not. I see your blogs are from 2016, time for a third one?

Is Atomic habits worth reading for somebody steeped in this sort of thing a fair amount already? (e.g. I’m aware of BJ Fogg’s work, obviously beeminder, ego depletion results, etc.)

Is Atomic habits worth reading for somebody steeped in this sort of thing a fair amount already? (e.g. I’m aware of BJ Fogg’s work, obviously beeminder, ego depletion results, etc.)

I think so, although it depends how steeped.

It certainly was for me and I was already aware of the things you’d listed and had done a lot of reading about habits and motivation. I found the book excellent to read and it describes the step-by-step process of setting up achievable habits very well.

I found the audio book for Atomic Habits available through Libby (the official OverDrive app), though I don’t know if it depends on your local library which books Libby makes available to you.

It does, Libby presents different stuff to you if you use a different library card. Also, I’ve recently looked for Atomic Habits on my Libby and it’s not there.