For any RescueTime users, they have a new iOS app now which does some basic tracking

Introducing RescueTime for iOS & Android: Time management for your...

With the new RescueTime for iOS and updated RescueTime for Android apps, you can now see how your phone use impacts your entire day, attention, and focus.


To be exact, it only tracks the amount of time that the phone is in use. There is no individual app or website tracking (Apple restrictions).
What you can do is have goals and alerts on mobile use, so that’s something.

I actually managed to do a new Beeminder goal through Zapier that feeds from RescueTime alerts.

Android app was updated the same day so I guess they should be pretty similar.

Did you test how accurate it is? I have a goal with something like 10 minutes/day and new measurements don’t seem to be sufficiently accurate, so test that angle if you’re going to use it in a similar way

UPD: turns out the problem was not in accuracy, but in data getting to RescueTime after Beeminder stopped polling them for that day. If you have RescueTime-powered goals with a deadline at midnight, beware! (although I think that would be fixed soon, if not already)

The Android app can track which app you’re in and which website you’re on in the browser.

Unfortunately tracking is inconsistent on iOS

Don’t count on it for now.

aww shoot, now I gotta pay attention to how much I YouTube on the phone. Thanks for the warning

Doesn’t track app usage. I guess no access to that.

So you’re safe! Unless you use Screen Time

Apple announced a new Screen Time API feature that would potentially allow RescueTime to access data collected by Screen Time (the native iOS tool that time tracks the usage of the device with app-specific and website-specific information). Please check out these 2 posts for more information:

Getting Screentime Data from Apple Akrasia

Hi all, I found this video from Apple’s World Wide Developers Conference 2021 (WWDC21): which basically announces a new Screen Time API feature. I have already contacted RescueTime to ask whether they plan to integrate the iOS RescueTime app with the iOS Screen Time data in the forthcoming future. I will keep you up to date when they respond.

Getting Screentime Data from Apple Akrasia

Hi again, I have made a RescueTime feature request about this. Please visit the following link and vote for the feature request in order to be noticed by the RescueTime developer team. https://feedback.userreport.com/d29eba81-e6c5-4ef2-a6e5-0e34abe876ab/#idea/348585 Thanks.

As far as I can tell, as of iOS 15, the ScreenTime APIs exposed require a parent/child iOS setup

Found this interesting thread on StackOverflow, if anyone is interested 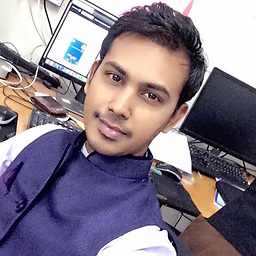 Programmatically get application usage from Screen Time in iOS 12