For years I’ve used @lydgate’s python script to add datapoints, but yesterday I updated to the latest MacOS minor version and they seem to have quietly removed python2. Fair play, it’s been being replaced since 2008 and turns out it was officially discontinued nearly two years ago, but I could have wished for them to do that at a major OS release.

My first point of call is probably just to see whether it works using python3, and then to wrap the perl bmndr library that I use for TagTime and other scripts.

But I thought I should ask the fine folks on here: what do you use to beemind from the command line?

I think the cool kids use @malcolm’s nodejs client for command line access to Beeminder: 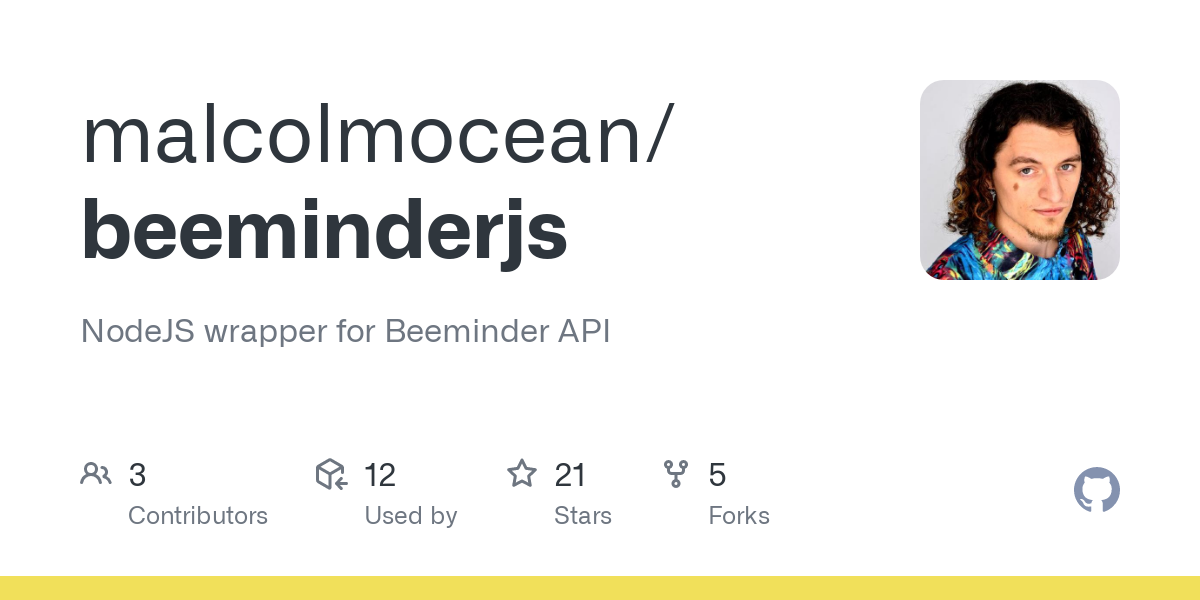 NodeJS wrapper for Beeminder API. Contribute to malcolmocean/beeminderjs development by creating an account on GitHub.

I use lydgate’s bmndr too and I’ve just switched it to python3. It still works for fetching recent datapoints and submitting datapoints.

I guess that tells me how long I’ve been using it, because mine didn’t but the most recent version (from seven years ago!) works just fine. Now to figure out how I hacked it to let me omit the datapoint if it’s 1…