Bug report: "Deleting [undefined] Are you sure?"

Am I sure? Sounds like Beeminder isn’t sure itself!

That pregnancy test must have been faulty

I finally had this happen to me!

I find it strange that you find this so hard to reproduce. In my experience, it happens whenever you add a datapoint, then immediately go and delete that same datapoint (without leaving or refreshing the page.)

It also seems pretty clear why it happens: the htmlForDatapoint function doesn’t include the data-canonical attribute on the .data-row div, so the drow.data("canonical") in bindDeleteDatapointButtons is undefined.

I find it strange that you find this so hard to reproduce.

Website keeps logging me out every few days Bugabee

Thanks so much for reporting this! I’ve heard of it happening before but it’s never happened to me personally so I’m not sure what might be going on with this. Our intention is to never force a logout at all. Eager to see if others chime in to confirm they’re having this happen to them!

On a more serious note:
I feel that between the false consensus effect, or worded specifically for software development… 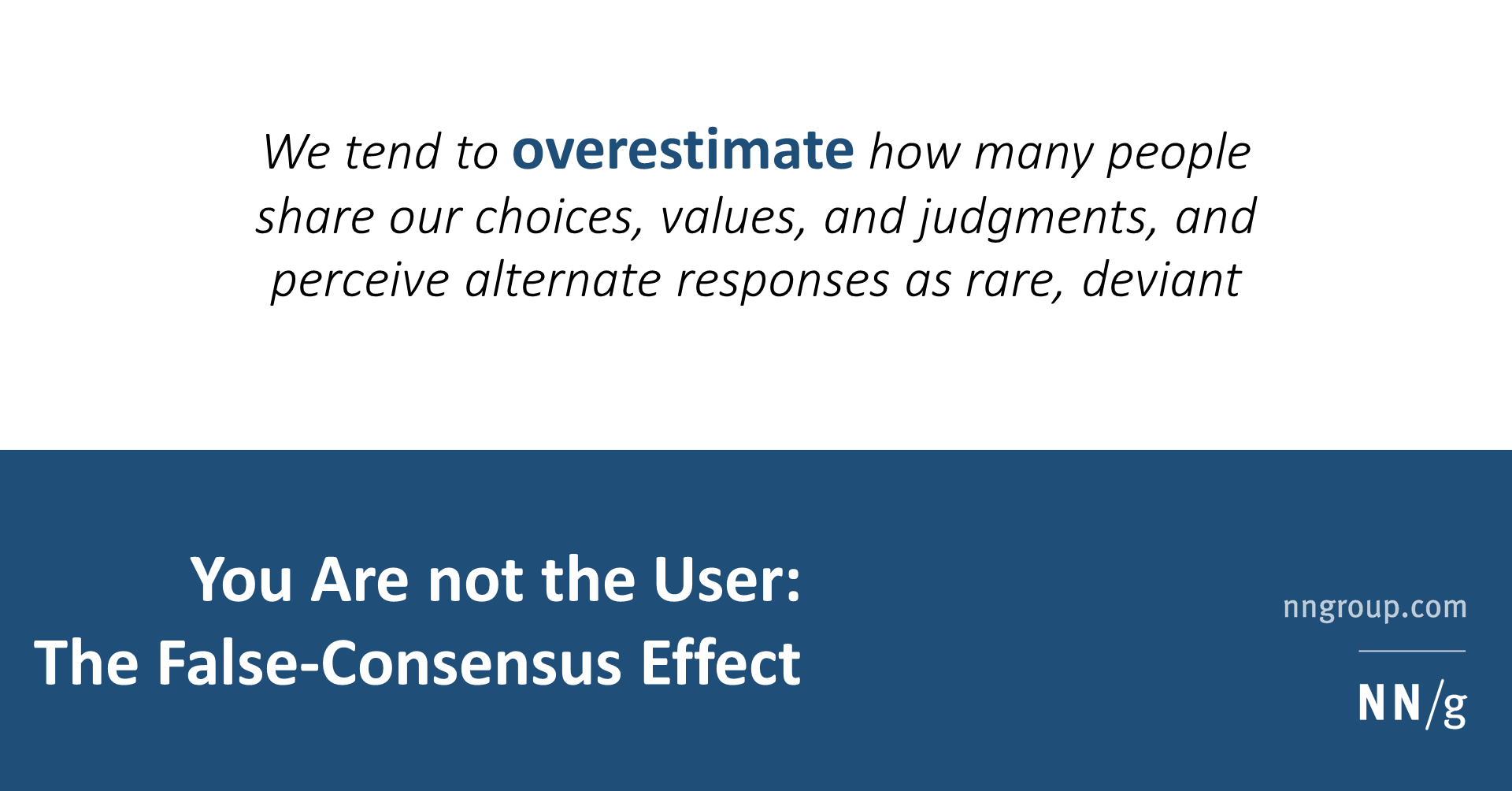 You Are Not the User: The False-Consensus Effect

Designers, developers, and even UX researchers fall prey to the false-consensus effect, projecting their behaviors and reactions onto users.

…and to some extent good old confirmation bias there’s a perfectly reasonable explanation why there is a certain amount of “Betriebsblindheit” (German for “organisational blindness”) in those who create a product. This is something everyone who writes software or creates some product in some other way needs to look out for.

(to be clear, I am not saying @dreev got a monopoly on this. Absolutely not. I just used him as guinea pig for introducing the topic of how when you make a product it is hard to not fall victim to the aforementioned effects. I would know because I for sure have experienced them extensively. From both sides

I find it strange that you find this so hard to reproduce. In my experience, it happens whenever you add a datapoint, then immediately go and delete that same datapoint (without leaving or refreshing the page.)

Ah! That’s a really clear bug report and yes, that does reproduce it for me too (@dreev!). Steps like that are really helpful, because it really makes it clear what exactly is going wrong. I don’t think anybody’s mentioned actual steps to reproduce it before.

Even just “here’s what I was doing when it happened” really helps; I’ve tried a few things before to get it to reproduce, but deleting a datapoint without having refreshed the page was just not something that occurred to me… though it might have done if someone had said “I entered a datapoint and then immediately went to delete it”, for example.

Thanks zzq! Got that fixed up and deployed.

The top row doesn’t appropriately round or format the datapoint per your quantum/timeyness, but we’ve got that in the issue tracker.