Howdy Beeple,
We’ve been developing an IFTTT channel, and could use more help testing it out!

We’re not sure if we can directly post the preview link yet but if you go to ifthisMINDthat dot com you’ll get there. We think we’re almost ready to go live with this! [PS: Maybe more bugs than we thought! Thank you, everyone! Keep hammering on it…]

Please publish any recipes you create! (They won’t actually be public till we’re out of beta but it helps other beta testers in the meantime and helps when we launch too).

We can use this thread to discuss ideas for using it and any bugs you encounter.

List of Things to Fix (thanks especially to @drmaciver)

Obviously being me the first thing I had to do was try and break it.

I created a recipe to add pinboard pins as a beeminder datapoint, using the URL as the numeric value. This is obviously not going to work, and indeed doesn’t. The log messages however just say

Beeminder Action Error
An error with Beeminder prevented your Recipe from working. Edit the Beeminder Channel or try again. If errors persist, visit the Help page for support.

Is there any way you can make these more informative? I assume you’re just using the beeminder API, but it looks like it’s not passing the errors from that back to the logs.

I have published this https://ifttt.com/recipes/266819-track-days-where-you-reach-your-step-goal which tracks days you have reached your step goal on fitbit. I know beeminder has an integration directly with fitbit but that one won’t allow you to count the times you hit your step goal, only things like total steps, etc.

I thought it would be cool to block all your distracting websites until you resolve your Beemergencies. Anyone know of a service that IFTTT integrates with (or could do via email etc) that could pull this off?

I moved 5 posts to an existing topic: Track Days Where You Reach Your Step Goal

I’ve been using the deprecated “sort threshold” (previously known as the “panic threshold”) to bump my infrequent goals further up the goal gallery. Sometimes I get confused by the order because I forgot that some once-a-month goal appears 7-days ahead of where it would naturally sort.

No more! I’ve created an IFTTT recipe to SMS me with a one week warning when that goal becomes due. The same recipe can be used for other time intervals, but for other notification mechanisms you’ll have to roll your own!

Great idea. I have a summer hobby that requires about a week of planning, so it would be too late once it was an eep day. This’ll be great for that when I start minding it this summer.

Great to see the “Beeminder deadline is soon” trigger is up!

Does it trigger for SafeDays <= x or just SafeDays == x?

The way it’s done currently it should be triggering for <= to safedays… but y’all should tell me if it is more useful elsewise (or if it’s not doing what I’m advertising!).

I’d personally like A <= SafeDays <= B so I can do some complicated things.
But it might be confusing for other users who aren’t me.

So SafeDays <= x is better in that case. And it seems to be working so far.

I’ve started using the < N safe days trigger. Here’s a recipe that adds it to iOS reminders. It’s useful for triage–sometimes the email alerts are too all over the place, and the list form is better than looking at the gallery. 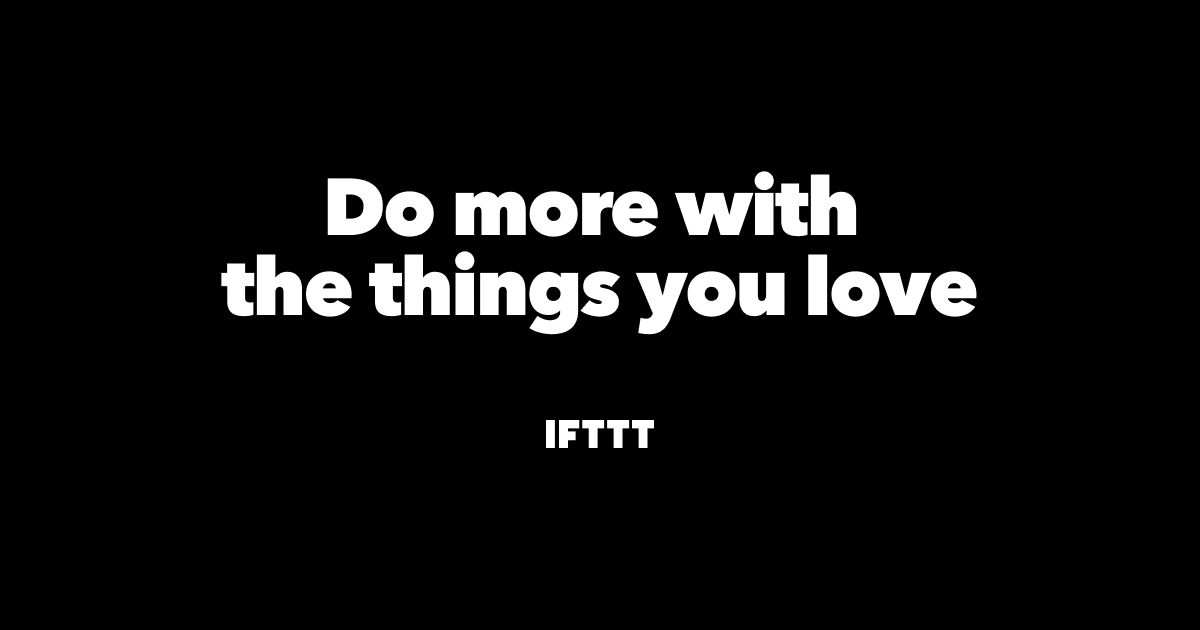 (Dang, I didn’t think it’d use the entire title in the slug…)

Now the only thing I wish I had in IFTTT is the distance to the YBR for goals that have gone red. I’ll survive for now, though.

Oh! On another note, I’m also Beeminding ideas via IFTTT:
“Update a Beeminder goal every time a new item is added to a Reminders list”

I use it for Beeminding the actually pretty grueling 10 Ideas Daily Practice, which I took from James Altucher. Writing in iOS Reminders ain’t exactly ideal, but it’s a lot better than adding it to Workflowy (which I would otherwise do) and then manually incrementing. I’ve also confirmed that it works for items added on my Mac and synced to my mobile devices via iCloud, so that’s pretty cool.

More and more I find myself wanting a trigger that fires if I haven’t updated a goal for a certain number of days. It would work as a soft reminder about things I said I cared about doing regularly. A nice solution to the issue of completely slacking off when you have a big safety buffer but are too scared or morally opposed to retroratchet.

The uses I’m imagining are private messages to me “Hey, you haven’t meditated for 3 days! Do some today slacker!” and possibly Facebook shaming “Peppertoni hasn’t exercised for two days. Hurl abuse until she gets off her butt!” or support requests “According to Beeminder, Peppertoni hasn’t been outside for four days. She might be depressed and need a friend.”. It could also be used to protect against the issue of forgetting to enter data or “forgetting” to enter data - “Hey, Peppertoni… You haven’t weighed in for 7 days. Trying to hide something?”.

So it’s subtly different from the trigger at a certain safe days threshold. It goes against the business model in that it may encourage spiralling off into the green but in terms of fighting akrasia and routine building I think it could be extremely valuable for me. 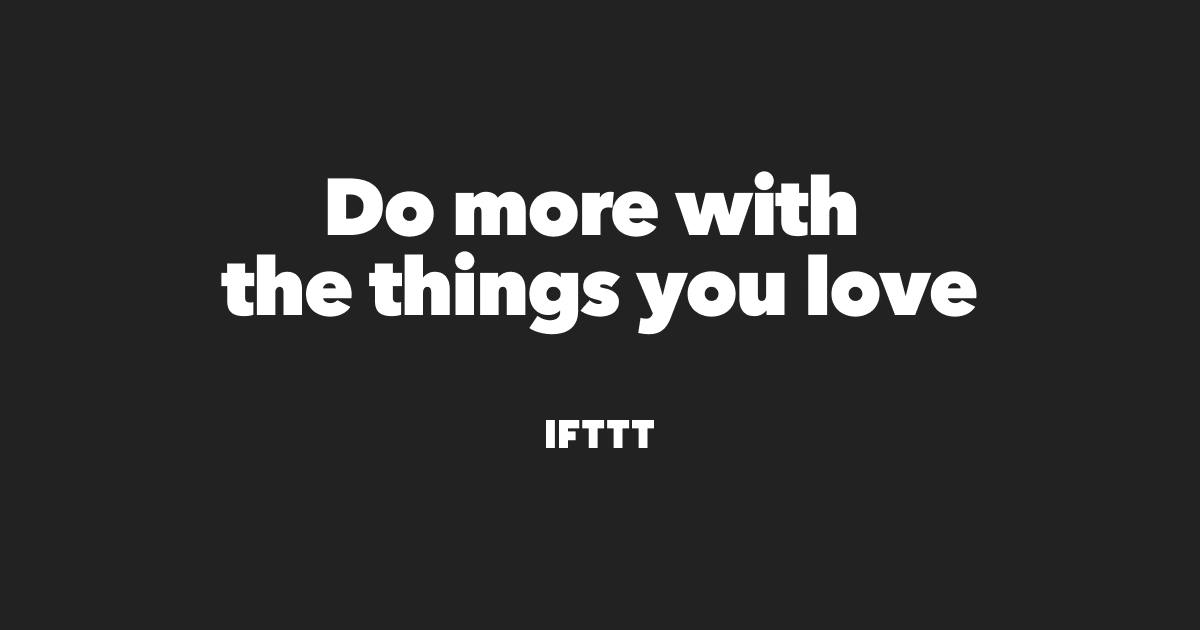 Trying to make an iOS reminder list update a beeminder goal I just created. I guess it’s not beeminders’ fault since the recipe never receives input, but I thought I’d let you know my attempt. Thanks!

This reply is for addressing the outstanding buglist, and whatever questions I drum up in this thread:

[1] Is the “goal in red” trigger pointless given “derailing soon”?

Danny and I had a bunch of offline discussion about this and decided to enumerate All The Triggers! Now there are 6:

Tweaked wording a bunch, but there’s not much to do about the default titles – we can’t for example use the Goal Title ingredient in the default “IF [THIS]” formulation.

[3] In “beeminder deadline is soon” the number of days is not validated to be a number. If I set it to be a non-number then it looks like the recipe never triggers.

We can add custom validations. IFTTT doesn’t pass our error messages back to you the user, it seems, so we added in alerts on our end that let us know if you’re passing us garbage info, and for certain types of errors we email you about it. I haven’t added custom validations yet because we accept more than just simple numbers for creating datapoints, so… ask me about my pumpkin!

@dustinglendinning you should try it again now! You should definitely be able to publish recipes despite being in beta! IFTTT has thought of that and the recipes will only show up to people who’ve added the Beeminder Channel.

Ok, so hopefully that’s eye-catching. Apologies to all of you, but I’m about to break some recipes by changing the names of some ingredients and triggers. This is still in Beta technically, but I’m gonna document it here and apologize profusely!

Hi, not sure if this is the right place to report it, but I made a recipe with IFTTT with Nike+ Running as the trigger. It ran just now, but has reported the same figure 3 times. I manually deleted the others, but does anyone have any idea what’s wrong?

not sure if this is the right place to report it, but I made a recipe with IFTTT with Nike+ Running

Fine to report things here! Sadly, it sounds like that’s an issue with Nike+ and/or IFTTT. There’s supposed to be a uniquifying ID with each Trigger, so perhaps Nike has a bug there…

Has anyone else seen issues with duplicate datapoints getting added?

Howdy! I just looked into it and the IFTTT recipe only fired once, but then the two extra datapoints were added by the email bot. Any chance you also had a Nike -> Email IFTTT recipe that you forgot to turn off?

I had a crazy thing happening for a while. I have a goal tracking when I add new tasks to my to do list and it was adding a huge amount of duplicate datapoints for a few days but it seems to have fixed itself. I haven’t mustered the energy to clean it up yet so you can clearly see when the issue was happening. The task that was setting it off is one that automatically refreshes itself each day.

Hi, I set up an IFTTT recipe to log the number of gmail messages that I label as “done” every week. The recipe works well, but I am getting duplicate data points for messages that have trailing replies or forwards. Does anybody know how this could be set up to generate one data point for every message labeled “done”? I published the recipe on IFTTT under user name brettrusnock.

I tried the beeminder “gmailzero” integration and it only seems to track messages in the inbox. One Idea might be to allow the integration to track the number of messages with any specified label. In my case, it would be emails labeled “pending”.

Thanks in advance for any thoughts!